In 1898 Alexander Edward, an entrepreneur, decided to answer the call of the rising demand of single malt whisky to use for blending. He built two new distilleries just outside Forres – Benromach and Dallasmore.

However, before Dallasmore went into production in 1899, Edward sold the distillery to the Glasgow blending firm of Wright & Greig Ltd, who wanted to ensure a consistent supply of single malt for their popular blend ‘Roderick Dhu’.

Dallasmore was then renamed Dallas Dhu to highlight the association between the brands. 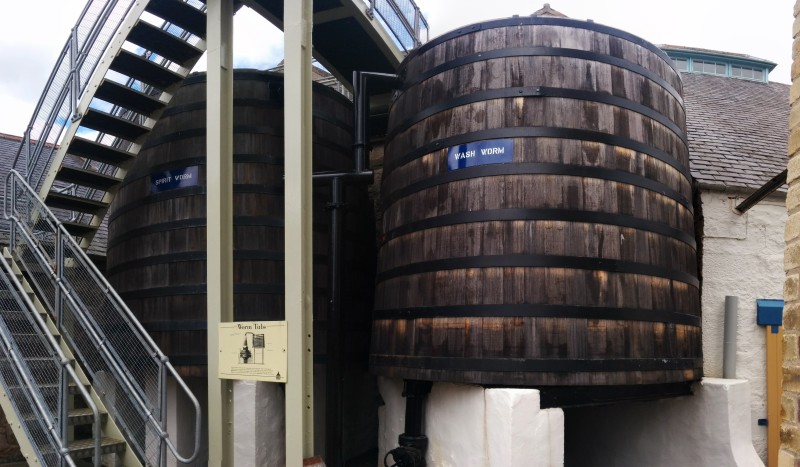 The distillery was closed during WW1, sold to J. P. O’Brien & Co, sold again in 1921 to Benmore Distillery, refurbished, closed in the 1930’s during the Great Depression, reopened, damaged by fire (1939) and closed, reopened in 1947 until it was finally closed in 1983 due to unreliable water supply and economic pressure.

The last cask of Dallas Dhu was filled March 16th 1983 and in 1992, the site lost its distillers license and fell into the hands of Historic Scotland.

The distillery now operates a self-guided tour (with audio guides available in several languages). The tour takes you through the process of whisky distilling at your own pace and without the restrictions that producing distilleries may have in place (pictures for everyone!) and ends with a video and a dram of Roderick Dhu. 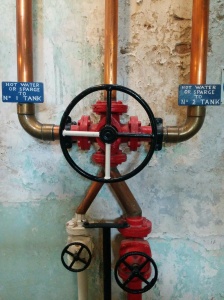 TheMadVatter and I had a good time running about the distillery and enjoyed the history of the place.

We have both been lucky enough to have had a dram of the Dallas Dhu 1982 previous to our visit, a bottle of which can now run you a good couple hundred quid.

We recommend this to anyone passing by and especially to those with young families for whom operating distillies are often off-limit.