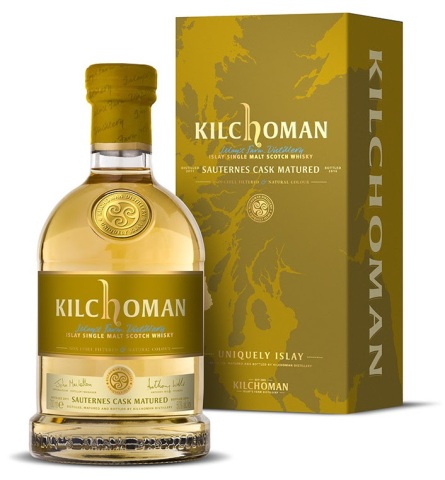 For a review of the Kilchoman Sauternes Cask Matured General Release click here.

Kilchoman have just sent out an email about their first general release Sauternes cask matured whisky. It was a bit confusing because they claimed it to be their first Sauternes cask whisky ever but in fact they released a club version in the winter of 2015.

I’m going to toot my own horn here; I totally called that they would release a general version of the Sauternes!

Anyway here are the details:

Aged for more than 5 years (fully matured) in a Sauternes cask from Bordeaux. Bottled at 50%. 6,000 bottles produced with a price tag of £73.50. This will be going on sale on their website tomorrow (Wednesday 7th September at 10am)! It will also be available in selected shops around the world.

The club release was bottled at 60% and was one of my favourite releases from Kilchoman. So really looking forward to this one! As I have said of the club release, I think this is the only heavily peated Scotch whisky fully matured in Sauternes casks. Well I guess now there are two. Will definitely try to get at least a sample of this for tasting notes. I’ll add a link on this page to the tasting notes once I get them!

Whisky Gifts : When you don’t want to buy a bottle. 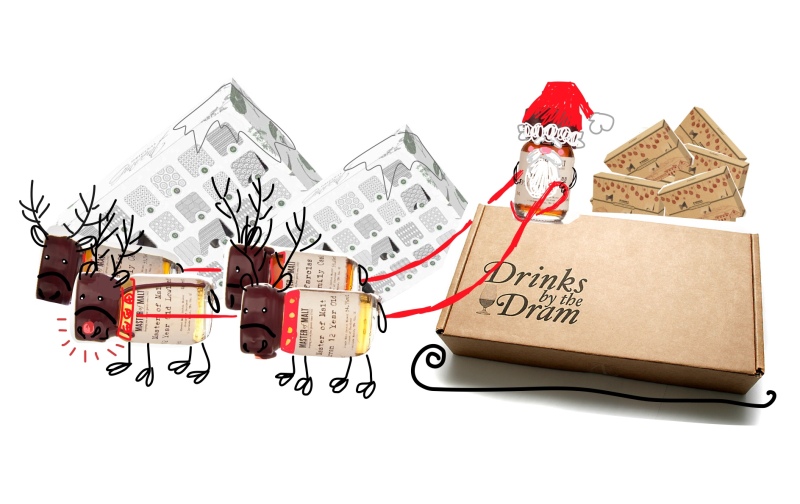 We all have whisky-lovin’ friends and family. Buying gifts can be tricky at the best of times and buying a bottle can prove a risky business (Ex. don’t know their preference, they already have everything they want, travel restrictions etc etc etc).

END_OF_DOCUMENT_TOKEN_TO_BE_REPLACED 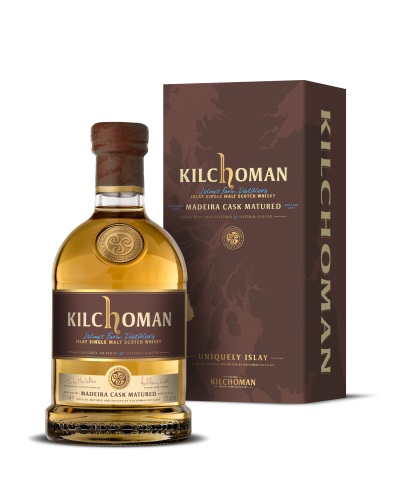 The first general release of a Madeira cask matured Kilchoman has just been announced! At least I just got the email.

Some people may remember that late last year Kilchoman released a Madeira Cask whisky but it was limited to 600 bottles and was only available to members of the Kilchoman Club. Needless to say it sold out pretty quickly.

For this release, Kilchoman whisky from 17 Madeira casks were vatted to make 6100 bottles that will be distributed worldwide. This expression will have an ABV of 50% (not cask strength like the club release). The casks were filled in 2011 and bottled this year. So although there is no age statement it is 4 years old more or less (similar to the club release). Note that this is a full maturation in Madeira casks! Albeit a short one but young Kilchoman whisky is nothing to scoff at.

END_OF_DOCUMENT_TOKEN_TO_BE_REPLACED 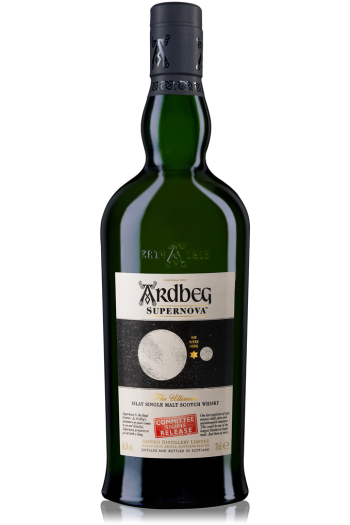 Update! If you want to see our tasting notes click here.

Well the time has come for the final release of Ardbeg Supernova. The Supernova is advertised as the peatiest of whiskies. There is some debate over this however due to the Octomore expressions from Bruichladdich, some of which claim to have peat levels higher than 200ppm. However, being all whisky geeky I’d like to say that measuring peat levels is a tricky thing. Most distilleries measure the peat levels of the malted barley instead of the final spirit.So how much of the peat makes it through to the actual whisky is contested and highly variable.

There are also different methods of measuring peat in malt which can return very different results. So really it’s hard to say which is peatiest without taking the whiskies to a lab and running them through a barrage of tests. But all that aside, does it really matter? There are some who say that humans cannot differentiate peat levels beyond a certain ppm and that the doubling of ppm’s does not equate to a doubling of peaty experience on the palette. It is also well known that as whisky ages it loses peat concentration. Whisky Science has a good article on this.

END_OF_DOCUMENT_TOKEN_TO_BE_REPLACED 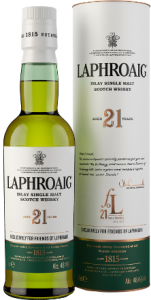 This post only covers the news aspect of the Laphroaig 21. For our tasting notes/reviews on it click here.

The ballots are over but if you are friend of Laphroaig you might be able to find a bottle on their online shop.

Rumour has it that about 13,000 bottles were released. Which translates to 6,500 full size (70cl) bottles. But this information is unconfirmed.

Exciting news from Laphroaig! They are releasing a special bottling for the Friends of Laphroaig to commemorate 21 years of FoL.

Here are the details of the bottling:

Cask: First fill ex-bourbon with some being air dried instead of kiln dried

Price: £99.00 from the Laphroaig online shop for Friends of Laphroaig

END_OF_DOCUMENT_TOKEN_TO_BE_REPLACED 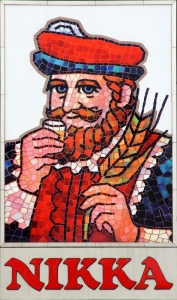 Whiskycast included this quote in their post which was taken from the letters Nikka sent to importers:

“With the current depletion, Yoichi and Miyagikyo malt whiskies, which are the base of most of our products, will be exhausted in the future and we will be unable to continue the business. Although we are now distilling spirits at full capacity, a long maturation period will be required until the spirits can be sold.”

There is also some speculation that Suntory may follow suit due to their lack of distilling during the whisky lake era. Suntory have already announced price hikes on a good portion of their lineup so it’s not looking too great.

Ok so according to the highly reputable Nonjatta blog, Nikka will indeed completely discontinue the list of expressions shown at the bottom of this post (scroll down a while). So basically they are discontinuing all their current single malt expressions (including the current NAS versions) and replacing them with new NAS versions. It may seem strange of them to discontinue their current NAS expressions and release new NAS expressions but I think this is indicative of a shift to using younger whiskies for the NAS range which will alter the flavour profile. This is really honest marketing right here and I really respect that. I just hope they release more expressions soon.

Nikka has recently posted a final sale notice to retailers in Japan which listed a number of expressions that they will stop selling in August 2015. Surprisingly, within this list are all the core Yoichi and Miyagikyo expressions as can be seen at the bottom of this post.

Please see update above as my speculations below may have been incorrect.

I am not sure if this means that these expressions will be completely discontinued or if they are simply discontinuing it in their home market similar to what Macallan and Glenlivet have done for there 12 year old expressions. Also note that the list comes with bottle sizes. So perhaps they are simply going to reduce bottle sizes to something like 50cl or 35cl to raise unit price while maintaining the affordability of a “bottle”. It seems really strange that they would discontinue the 10 year old as it is basically their flagship whisky in western markets.

END_OF_DOCUMENT_TOKEN_TO_BE_REPLACED

For lovers of Benromach, today is a special day (It’s a special day for me). Benromach have just announced a new core release, the Benromach 15 year old. While the name and location of Benromach Distillery have remained the same since 1898, the stills and other equipment were lost after the closure in 1983. The independent bottler, Gordon & MacPhail, purchased the site, stocks, and rights to the name in 1992 and installed new stills and equipment. The new stills are smaller than the previous ones and the general whisky making process also differs from pre-1983 Benromach. In October of 1998, the new Benromach Distillery was finally opened and distillation of the new spirit began.

Why does all of this matter? It matters because the Benromach 15 year old is the oldest officially bottled expression of the current Benromach Distillery! While you can find older Benromach whisky, it is all from the previous incarnation. If you’ve ever tried the older stuff, you’ll probably know that the whiskies are quite different.

As a big fan of the Benromach 10 and Benromach 10 100 proof, I am definitely looking forward to this release. According to the Benromach website, the expression is comprised of ex-bourbon and ex-sherry casks and bottled at 43%. During a Christmas promotion last year (2014), they had some information on their site saying that they only used first fill casks. If this is the case with the Benromach 15, it should be quite interesting since first fill casks tend to impart much stronger flavours and even at 10 years can be quite robust.

Ardbeg Day 2015 is coming to London! Watch the video for a sneak peak and get ready to raise a glass to the past, present and future Ardbeg! Watch here: https://www.youtube.com/watch?v=3tpv1y1At8I
Join us at The Vinyl factory on 30th May 2015 to raise a dram to the next 200 years. For tickets, click here: http://tinyurl.com/mfnclyg 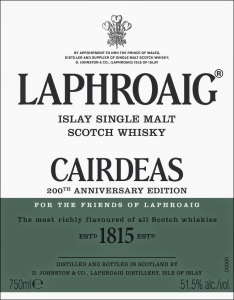 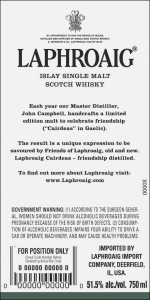 If you are a fan of Islay whiskies then you might know that this year is a big year. Laphroaig and Ardbeg are celebrating their 200th Anniversaries this year! That’s right, they’ve both been around since 1815.

In conjunction with Feis Ile, Laphroaig will be releasing a special Cairdeas release featuring 11-12 year old whisky made only from malt that was malted at Laphroaig.

The Cairdeas (Gaelic for friendship) bottlings are released every year for Feis Ile. To get first access to bottles you can either show up at the distillery during Feis Ile or sign up to the Friends of Laphroaig. Or if you live in the US, bottles tend to show up at specialty stores in the states a short while after the festival.

Got another email last night from Laphroaig announcing that the Cairdeas 2015 will be sold by Ballot and registration has commenced. The link to register seems to be linked to your specific FoL account. For some reason AliceInWhiskyland did not get the email and could not use the link from my email to register. So if you haven’t gotten the email you may want to look into it.

END_OF_DOCUMENT_TOKEN_TO_BE_REPLACED 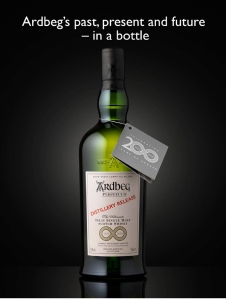 Ardbeg is celebrating their 200th anniversary with a special Feis Ile bottling known as Perpetuum.

There are actually two versions of the Perpetuum: the distillery release and the general release (embassy release).

The distillery release is easily recognizable with the bright red stamp across the front label as shown in the picture above. It also does not come with a box. In terms of the liquid inside, the spirit is at an ABV of 49.2% (different from the general release).

The Distillery Release as the name implies is/was only available at the Ardbeg Distillery. The retail was set at £70. Sales begain some time in March of this year (2015). However, it was sold online for Committee Members only on May 4th. Shipping was restricted to the UK further reducing it’s availability.  Also the servers were not able to handle the traffic on May 4th leading to some difficult ordering and disgruntled customers. Rumours have it that there are only 12,000 bottles of the Distillery Release.

The general release will officially be available on Ardbeg Day (May 30th) at Ardbeg Embassies. However, there have been reports of early sales in the US and some Scandinavian countries. If you are in Edinburgh, you can get yours from Royal Mile Whiskies on Ardbeg Day. It is for sale in store only and they will not be taking reservations. Again rumours have it that 65,000 bottles of the general release have been produced.

There was some confusion about the differences and dsitributuion of the distillery release due to the LCBO in Canada posting the Perpetuum on their site as the 49.2% version (as of 2015/5/29) for $186.95 (CAD). However, I suspect this might be a mistake and they have now updated with a photo of the general release. So if you are in Ontario, Canada, I’m sorry to tell you that you will not be getting the Distillery Release. 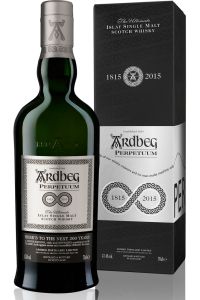 If you are an Ardbeg committee member you can now pre-order (with free shipping to the UK) the Perpetuum from the Ardbeg website. I am not sure how long they will make it available for pre-order. Quite likely this option will be removed after Ardbeg Day.