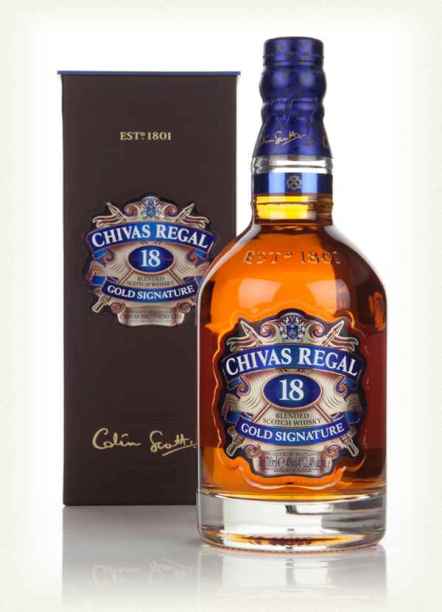 I don’t think much introduction is needed for Chivas Regal. But in case you’d like to brush up on the brand, we’ve got a bit of information in our post for the Chivas Regal 12 Year Old. Something I’d like to put into perspective as well is that Chivas Regal is one of those original gangster whisky makers that pushed whisky into the global commodity that it is. The Chivas brothers sold their first blend in the 1850‘s. This is basically during the birth of whisky as we know it today (bottled and advertised as opposed to something more akin to moonshine). For some context, Andrew Usher II marketed the first blend in 1853. Johnnie Walker began blending in 1867. The date for Dewar’s first blend is unclear but estimates say around 1860 or 1870. So Chivas is right there at the beginning. Pretty neat to think of the heritage here. Anyway, the current core line up consists of a 12 yo, 18 yo and 25 yo. We tried the 18 year old at the WOLS “Beauty of the Blend” tasting.

END_OF_DOCUMENT_TOKEN_TO_BE_REPLACED 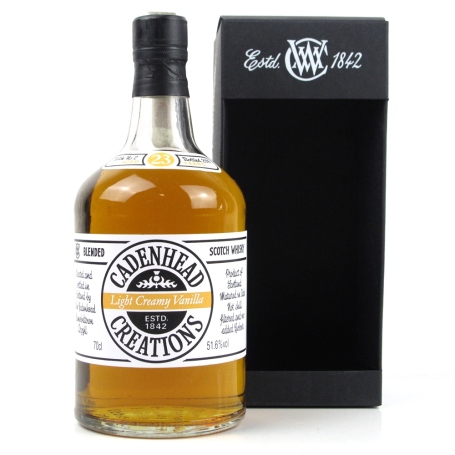 While Cadenhead’s may be known for their superb collection of single cask and cask strength whiskies, they’ve been quietly introducing more and more blends under their “Creations” label. These curious offerings seem to be almost the antithesis to blending culture with no chill filtration, no colouring added, and no dilution. That’s right! Cask strength blends! The Creations blends also come with age statements and in some cases vintages and are released in small batches. So basically they’ve brought their philosphy for single cask whiskies to the blending world.

END_OF_DOCUMENT_TOKEN_TO_BE_REPLACED

If you like detailed information about your whisky, then I’m about to blow your mind! I am talking about the Spice Tree Extravaganza from the folks at Compass Box Whisky. First some background on all of this. Compass Box Whisky was founded in 2000 by John Glaser. John Glaser, an American, had been working in the Scotch whisky industry within Diageo when he decided to start his own company focusing on blends and blended malts. His idea was to blend whisky to accentuate the robust flavours of whisky as opposed to the more typical blending for consistency and smoothness.

END_OF_DOCUMENT_TOKEN_TO_BE_REPLACED 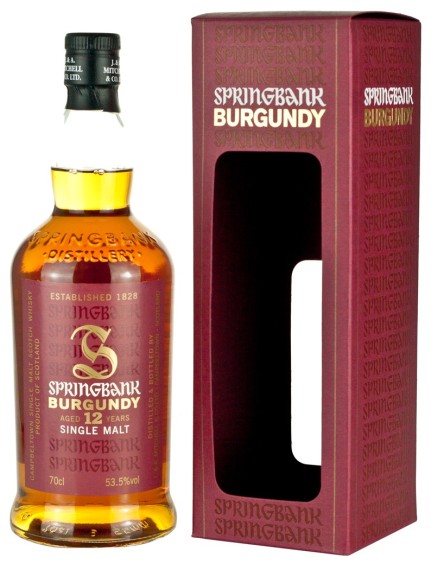 What’s the recipe for a super full bodied whisky? The Springbank 12 year old Burgundy pretty much defines it. Take your big bodied malt whisky, fully mature it in beefy wine casks, and then bottle it at cask strength. That’s bold! Released in the summer of 2016, the Springbank 12 yo Burgundy was a special release that just sort of popped up out of nowhere. Usually these things are annual traditions or used to commemorate some kind of anniversary, but what was the reasoning for this special release? Probably just that the casks were ready to bottle. If so, this is pretty much the best reason to make a special release. When the whisky’s tasting fine, it’s bottling time!

END_OF_DOCUMENT_TOKEN_TO_BE_REPLACED 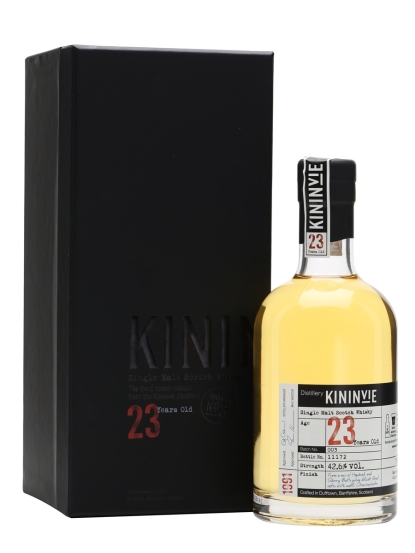 If you’ve never heard of the Kininvie Distillery, it’s because it functions as a shadow distillery (I’m coining that term). The entire “distillery” is essentially a still house within the estate of the Balvenie distillery. In fact, other than the stills, all other aspects of production are carried out using Balvenie’s equipment. So Kininvie operates within the shadow of Balvenie, hence the term I just coined. You heard it here first folks!

END_OF_DOCUMENT_TOKEN_TO_BE_REPLACED 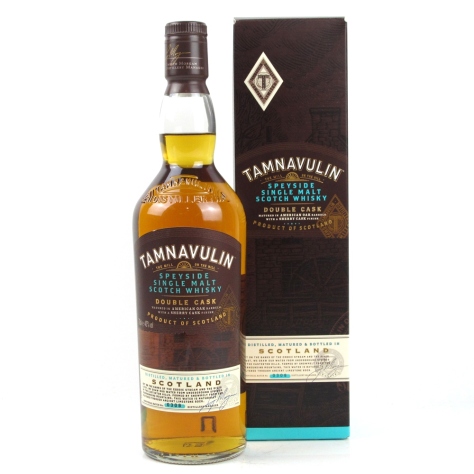 This particular bottling of whisky was quietly released in the UK in 2016. Almost like a student creeping into a lecture 20 minutes late. The question is why there wasn’t more fan fare for this bottling? It is the first official bottling of Tamnavulin in 20 years. On top of that, it is one of the stable horses of the Whyte and Mackay distilleries. They definitely had the ability to tout this release. Why didn’t they?

END_OF_DOCUMENT_TOKEN_TO_BE_REPLACED 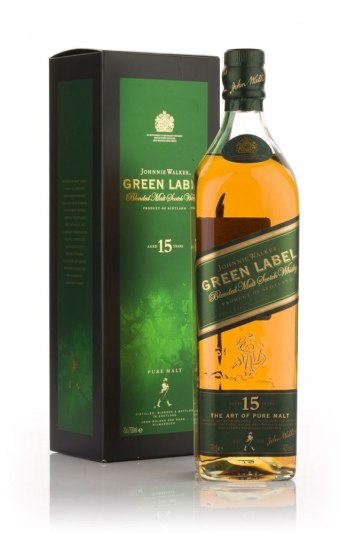 The Johnnie Walker Green Label has returned! In case you missed it, this expression from Johnnie Walker was discontinued in 2012 from all markets except for Taiwan. Why Taiwan? Well they probably have the highest proportion of single malt drinkers of any country. For single malt sales in 2016, Taiwan came in 3rd place after USA and France. 3rd place for a country with a population of 23 million. That’s a third of France and less than a tenth of the US. So naturally the Green Label, which is the only blended malt in the Johnnie Walker core range, had some pull in that market. In 2015, the Green Label was re-released in the US and Canada and then to all markets in 2016. It is this newer batch of Green Label that I am reviewing in this post but I have also had the good fortune to try the Green Label from before the discontinuation. I can easily say that the two are different. I prefered the older style as did some of my friends who were at the tasting but hey it’s gone so this is what we have now!

END_OF_DOCUMENT_TOKEN_TO_BE_REPLACED 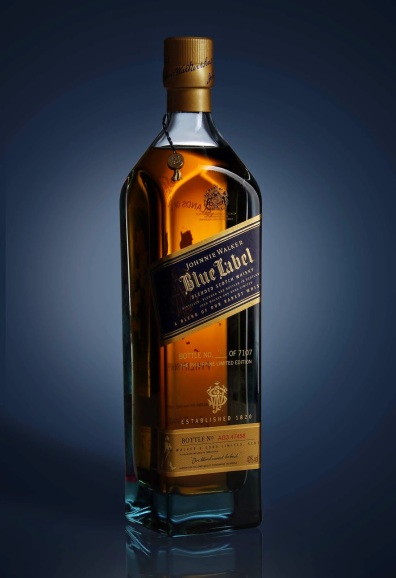 Johnnie Walker Blue Label has pretty much cemented itself in pop culture as the de facto premium Scotch whisky. If you’re a fan of the cartoon series Archer, you might have heard of Glengoolie Blue. A pretty overt nod to the blue label. With it’s younger brother, Johnnie Walker Black Label, catering to palates of many whisky drinkers, the Blue seems to be reserved for the wealthy or special occasions. Whenever people find out that I like whisky, the most common question I get is if I’ve tried the Blue Label. Curiously, I haven’t tried it up until very recently. Mostly because the price tag seemed unjustified (at least I wasn’t interested in paying that much just to try it) and the availability of it made it likely that samples would eventually cross my path.

END_OF_DOCUMENT_TOKEN_TO_BE_REPLACED 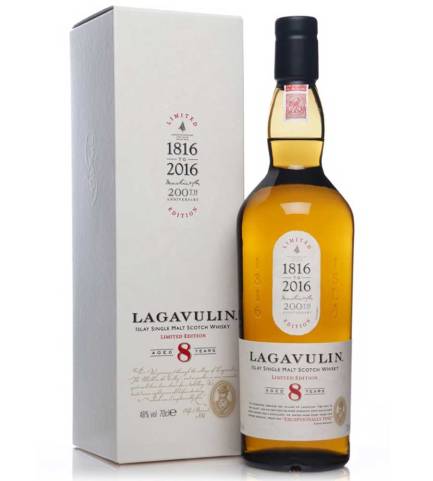 In 2016, the whisky world watched Lagavulin like a hawk, anticipating what expressions would be released for their 200th anniversary. When they announced the 8 year old as their world wide limited edition release, quite a few of us had mixed feelings. Their story behind the release was to recreate an 8 year old whisky that Alfred Barnard had tried at Lagavulin in the 1880’s, of which he described as “exceptionally fine”.

It’s a nice story tying in the famous whisky historian and Lagavulin but beyond that I can’t see much relevance. Perhaps someone can enlighten me. I don’t see how the 1880’s has any special meaning with respect to the 200th anniversary and it seems unlikely that they would be able to recreate that same whisky. So what other explanations can we come up with for this seemingly lackluster big anniversary release?

END_OF_DOCUMENT_TOKEN_TO_BE_REPLACED

It was a pleasant surprise when Bowmore released this expression in 2016. By the looks of it, a well sherried young Bowmore for a very very decent price. By today’s standards they are practically giving this stuff away, and the fact that they decided to keep the age statement despite it being younger than 10 years is really nice. It’s quite a contradiction to their Batch 3 Devil’s Cask release. Perhaps this was intentional. With so many whisky brands choosing to go with No Age Statement whiskies and pumping up the prices, this was a refreshing move on Bowmore’s part. Does it live up to expectations though?